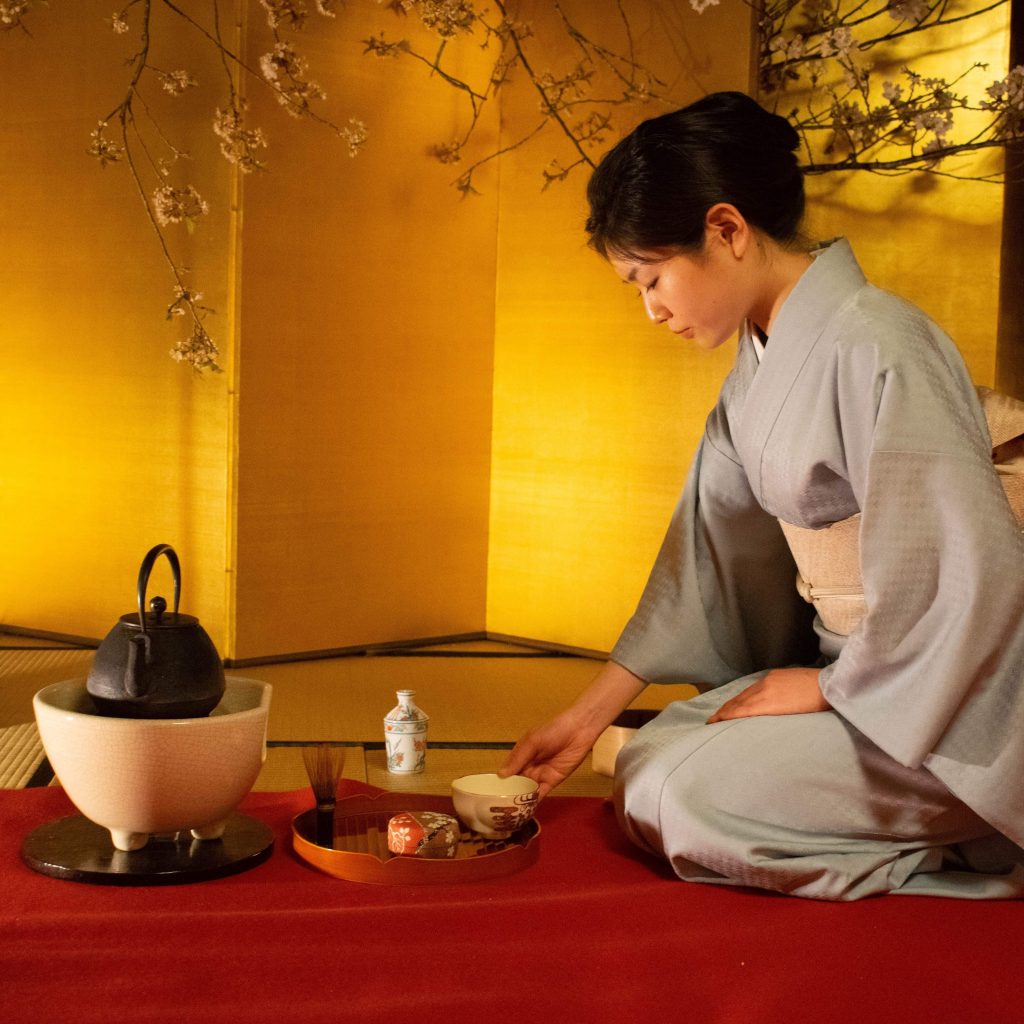 Matcha was discovered by the Buddhist Japanese zen monk Einai during his trip to China in the late 1180s. Buddhist monks favoured matcha because it kept them alert throughout their practice and because of the many health benefits it has. Later on, matcha became the go-to drink for upper class individuals and samurai. In Japan, matcha achieved a similar status as poetry, flower arrangements and painting with matcha tea ceremonies where you meditate before drinking matcha.

Published research has shown that drinking matcha green tea may be beneficial for your health because of the various catechin/EGCG compounds, better know as antioxidants. For example, EGCG  has anti-inflammatory properties and fights free radicals in your blood. The latter is also found in other foods and drinks like berries and nuts, with matcha containing 137 times more EGCG than green tea.Another compound that is found in matcha is L-theanine. EGCG and L-theanine combined promote alpha waves in the brain. Those waves have been discovered in people whilst practising yoga or meditation. This explains why monks felt the immediate change in their meditation practice.

Moreover, studies have shown that EGCG works as a fat blocker and boosts metabolism by stopping the growth of fat cells when combined with a healthy diet.

Most people drink coffee to feel more energised. However, if you thought that coffee gives you that required energy then, unfortunately, you are wrong. The consequences of drinking coffee are bloating, heart palpitations and for some even panic attacks and anxiety. The caffeine within coffee raises your blood pressure, which brings numerous inconveniences along with it. Changing your daily routine from coffee to matcha will not only give you a healthy long-lasting effect of energy, but will also clear your mind.

To obtain all these health benefits you must prepare matcha in a ceremonially way. This means it needs to be whisked in a W shape, not in circles and the water should be 80°C so that the matcha won’t lose its flavour and the antioxidants won’t evaporate. Article made in collaboration with: https://keepupladies.com/2020/11/23/koko-riko-matcha-tea-from-sofia-mazur/